Burgundy known as Bourgogne in French, province of eastern France famous for its great red and white wines produced mostly from Pinot Noir and Chardonnay grapes respectively. The province includes the viticultural regions of the Côte de Nuits and Côte de Beaune in the département of the Côte d’Or, the Côte Chalonnaise and Mâconnais in the Saône-et-Loire département, and Chablis and the wines of Auxerre in the Yonne département. In 2011, the total area of Burgundy vineyard was 28,320 ha/ 69,950 acres. The total crop was 1,505,707hl of which 61% was white, 31% red, and 8% sparkling. Beaujolais in the Rhône département, while sometimes being considered part of greater Burgundy, is a distinct region viticulturally, if not administratively, and is treated separately. 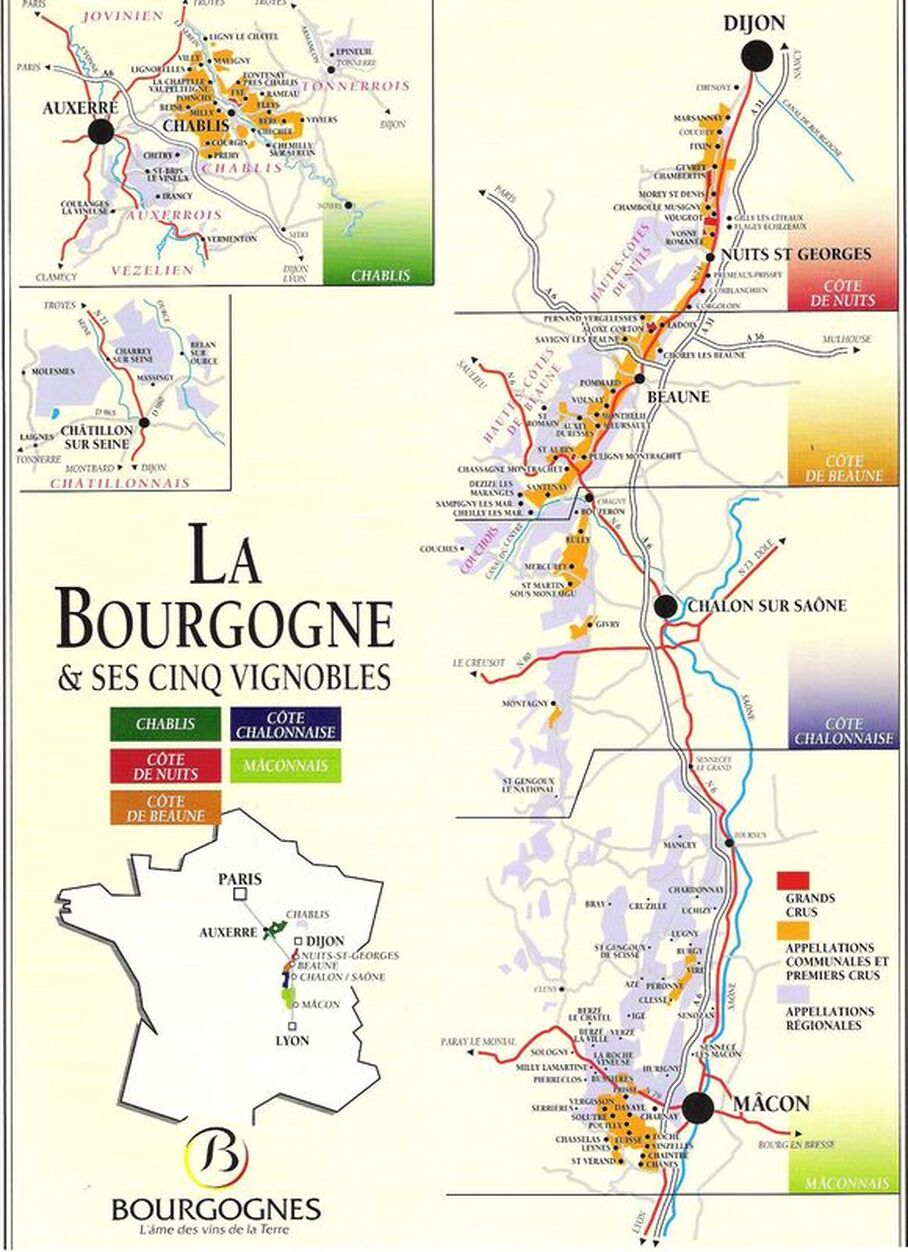 The plantings in the sub-regions vary markedly: the Yonne department (which includes Chablis) is 80% Chardonnay, while the Cote d'Or is over 60% Pinot Noir.
Chablis